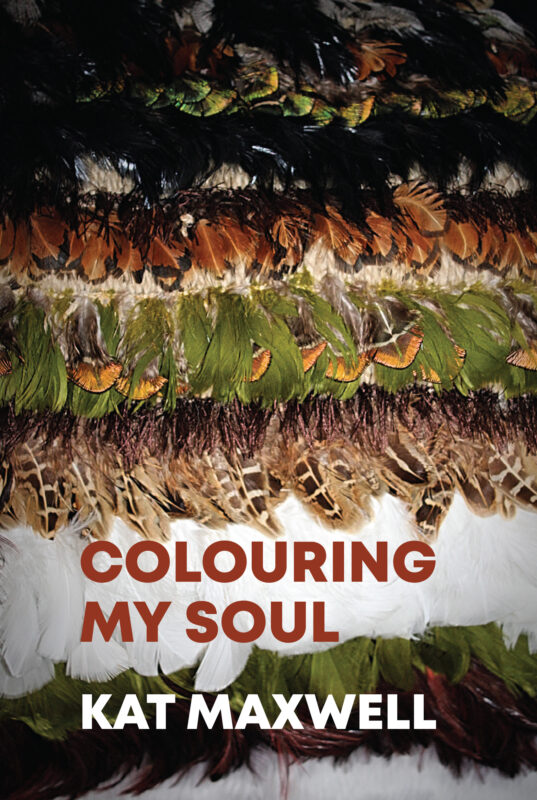 “Kat Maxwell writes vividly and with raw emotion. She’s inside her world, she knows how it works, her stories are brave and bare.”— MAURICE GEE

I am Tūhoe / Ngāpuhi. I was born in Marton in 1963 and raised there till I was seventeen years old. My family moved to Palmerston North for work and that’s where we have been ever since. My usual employment is as a supervisor in civil construction. As a child I was generally oblivious to events happening around me and didn’t really wake up to other people’s auras till later in life. My nanny called it selfish. I just think I was half asleep. So five kids, five step-kids and two husbands later, I have become more aware and am full of the need to redeem myself to those that didn’t understand me, to those that pissed me off, to those that I pissed off, and to those members of my family who needed me but I wasn’t there. I wrote some stories with trepidation, for in writing them I was opening secrets. I wrote some as a way of sharing memories with those that have grown up hearing about the whānau but have never met or don’t remember them, and I wrote others because they were worth writing. I write because I find it cleansing. Writing stories is easier for me than regaling them, setting them down on paper makes sure their content doesn’t get mixed up when someone else repeats them. I write because my stories bruise my brain until they’re written. They fell out of my fingers one day after I had been nostalgic remembering my childhood and my aunties, my nanny and my koro, and all my cousins.

Kat Maxwell (Tūhoe and Ngāpuhi) was born and brought up in Marton and lives in Palmerston North with her husband. She works as a supervisor in civil construction and looks after her mokopuna. Kat made the korowai she is wearing and that covers this book. It is named Waioira after her nanny, and was made for her mother, who was buried in it. Colouring My Soul is Kat’s first book.