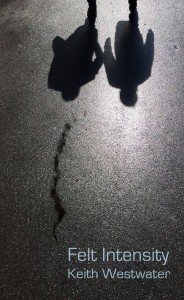 When the earth thrashes under us like a fish, the ordinary words we use to describe the devastation afterwards never seem enough. Lower Hutt poet Keith Westwater harnesses instead the language of science, journalism and myth to adequately express the horror of the Canterbury quakes and their aftermath, lighting on mathematics for the best definition of that thing we need most: resilience.

And Keith’s thoughts also turn to another kind of devastation that we don’t always see even when it’s right in front of us, the one caused by the fault lines in society that leave people vulnerable. Here he takes a poet’s delight in stacking up words in all sorts of guises to take revenge on such travesties as the self-induced blindness of officialese and the ignorant patter of the boy racer. Keith’s poems glitter and spit and sting, chuckle and weep, and sweep the reader along with them. To the stars.

Lower Hutt poet Keith Westwater has received or been shortlisted for awards in New Zealand, Australia, and Ireland. Commended several times in the New Zealand Poetry Society’s international competition, his debut collection Tongues of Ash won Interactive Publications’ best first book award in 2011. Keith is a longstanding member of the Tuesday Poem community and poems in progress are posted on his blog, Some place else.