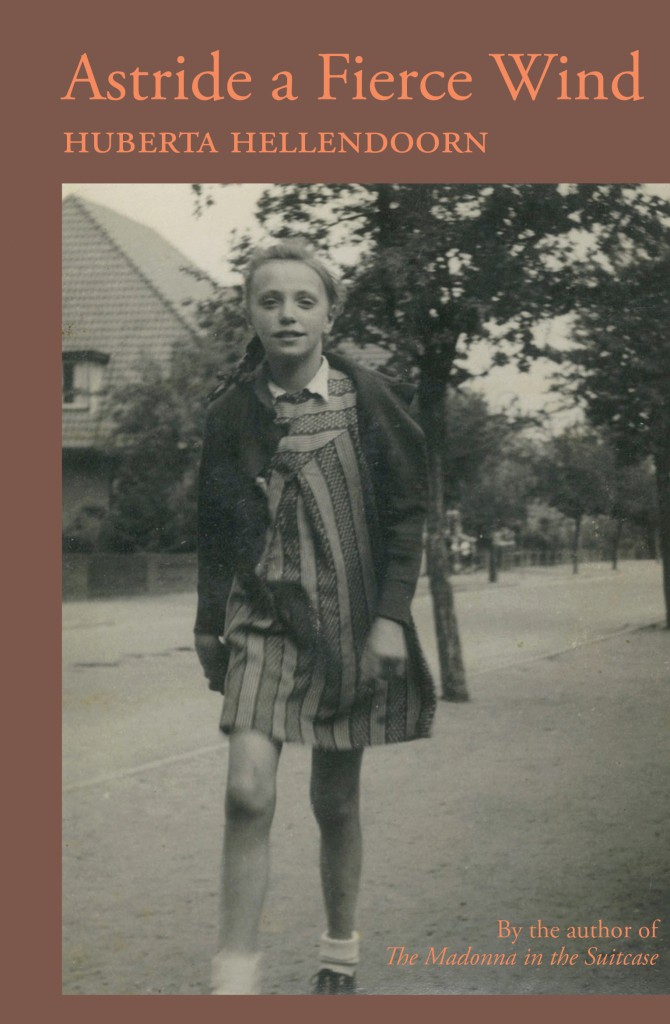 Astride a Fierce Wind is the story of the life of an immigrant and what it means to leave one home behind and cross the world to find another. But it is also the story of a life of a woman who faces huge difficulties and yet chooses instead to see beauty and strength and freedom and love. Huberta Hellendoorn’s memoir is a celebration of the Dutch way of life and of her adopted home, Dunedin. It is a tribute to fierce motherhood and firm friendship. A story written with courage and a belief in the transformative power of words.

Huberta Hellendoorn was born in The Netherlands in 1937 and emigrated to Dunedin in 1960 with her husband. She began writing in her late fifties, publishing in Dutch and New Zealand publications, and with short stories broadcast on Radio New Zealand. Huberta published The Madonna in the Suitcase in 2009, which tells the story of her daughter, Miriam, who was born with Down syndrome and has a talent for art.

“… a modest masterpiece, the definitive story of the NZ Dutch experience.” — Redmer Yska